Posted by Catarina Feijão on Jan 13

Learn the basics of Sound Particles 2 such as creating a project, creating a particle group, importing audio files, rendering, and exporting your audio.

In this tutorial, Diogo briefly explains the basics of Sound Particles 2, and how to create a simple project.

Sound Particles is a native 3D audio software that uses computer graphics techniques and applies them to sound. By using concepts as particle systems or computer graphics integration, creating thousands of complex sounds and working with them in a 3D environment is much easier and faster than with traditional methods.

Creating sounds in Sound Particles is as simple as adding a Particle Track (each particle being a sound source), importing sound effects to the track (each sound effect will be assigned to one or more particles), and adding a virtual microphone to capture the surrounding sounds, and render the scene.

In the "New Project" window it's possible to preview visually the several templates, as well as compare between the original and altered audio samples of each template.

Diogo explores some of the available templates such as Doppler and Bees, but to get into the details of how Sound Particles works, he creates a futuristic soundscape from scratch by selecting "Empty".

The Project Window is where most of the magic happens. Here it's possible to shape the scene, access the several available tools and preview the project. 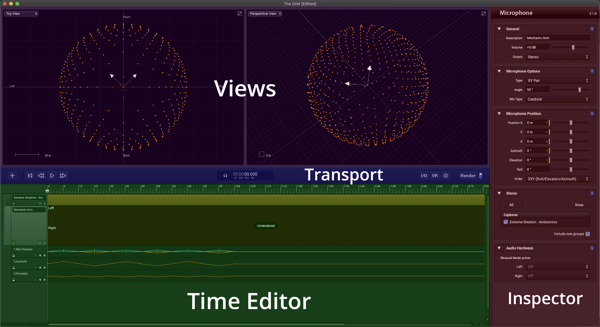 The views area is where it is possible to observe and edit the scene and its objects through various perspectives. It can be used as a Dual or Single View, and has several types of view available:

The Transport bar allows for various actions regarding the project:

This is where all the elements (tracks) and their automation are displayed.

It is possible to place, move, and organize the items. Clicking a track gives access to each track Inspector to edit its parameters and configurations. On the left end of each track it is also possible to SOLO or MUTE through the "M" and "S" buttons, and add Automation by clicking the "+" button.

This is also where it's possible to place the playhead in the timeline and see the time sub-divisions.

The Inspector panel, on the right side of the screen, allows access to all the options and parameters related to a certain track or utility.

Particle Tracks are objects that create particles in the scene. You can control the number of particles, how the particles are distributed in space, at what rate they appear, how they move, etc.

There are three different types of Particle tracks:

Additionally, it is possible to opt for an Audio Track, that only allows importing a single audio file which can then create a specific number of particles, according to the number of channels of the audio file imported to the track (mono, stereo, 5.1, 7.1, Ambisonics, etc).

There are over 80 track presets available to choose from, plus microphone presets. 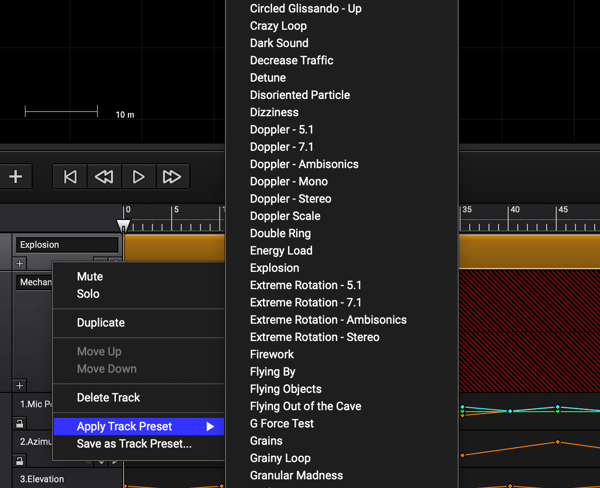 In this tutorial, Diogo starts by adding a Particle group. In this case, the particles are randomly distributed through space according to the shape and probability distribution selected for the group. 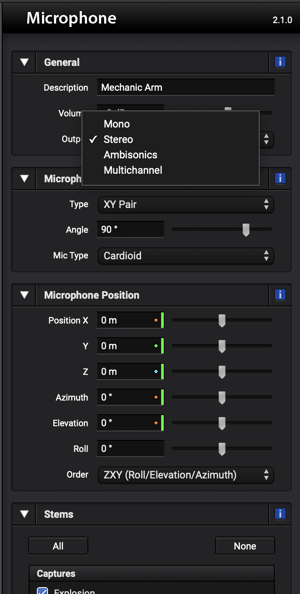 There are several microphone presets, and it's possible to control the microphone options on the inspector panel.

The following are the different types of microphone available to choose in the inspector panel: 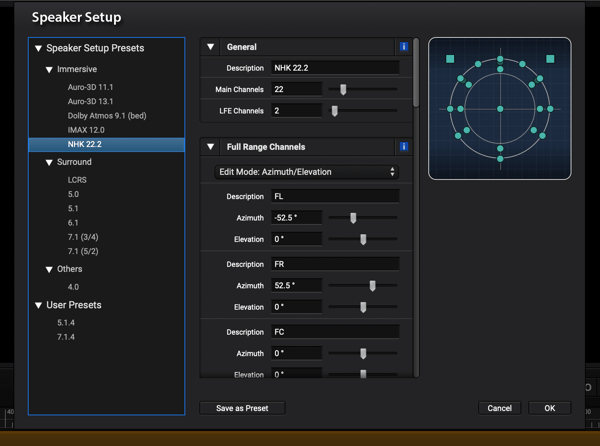 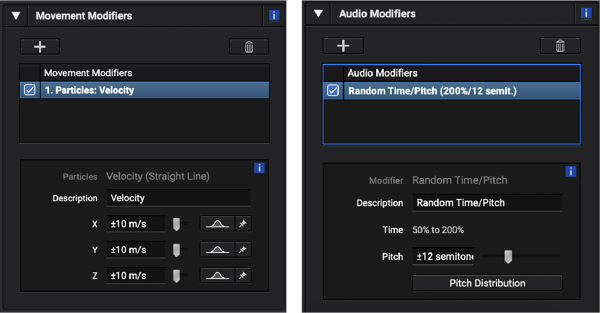 There are two types of modifiers:

By using a particle group, importing several tech sounds, and applying a random straight line velocity modifier, a random pitch/time modifier, and a random delay modifier, in a few minutes it's possible to create a complex texture. 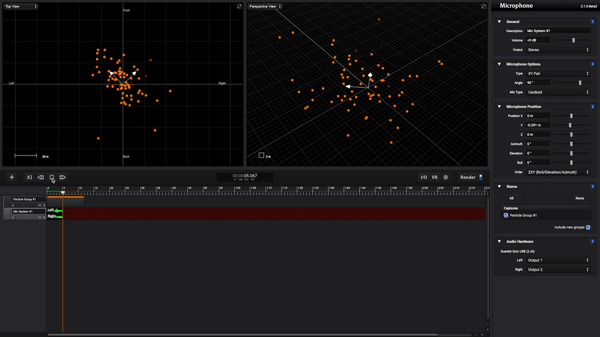